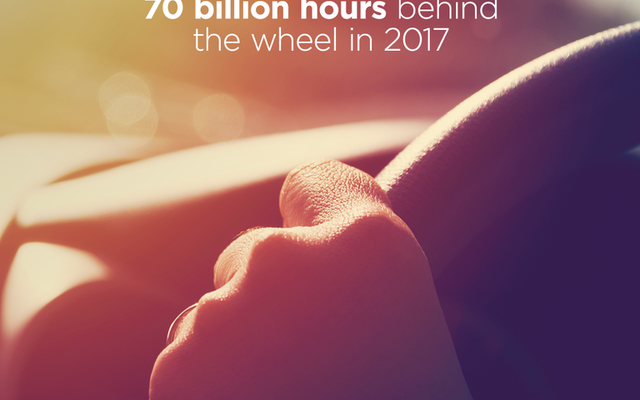 If it feels like you’re driving more now than you used to, you’re right.

“Americans are spending an additional 20 minutes driving compared to 2014,” said AAA Kansas spokesman Shawn Steward. “Over the course of the year, Americans collectively spent 70 billion hours behind the wheel. That’s an 8 percent increase since 2014.”

“Men actually spend 19 percent more time behind the wheel and drive 27 percent more miles than women,” said Steward. “We also looked at people who were married or living with a partner spend at least 12 percent more time driving than those who are not married.”

The new results are part of the AAA Foundation for Traffic Safety’s American Driving Survey, which reveals the driving habits of the American public.

The AAA Foundation’s mission is to prevent traffic deaths and injuries by conducting research into their causes and by educating the public about strategies to prevent crashes and reduce injuries when they do occur.