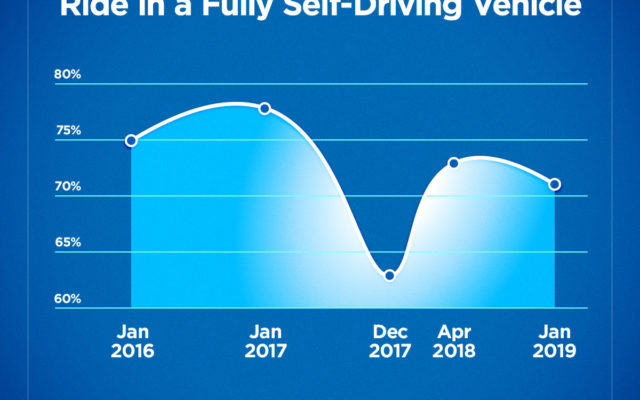 A year after a number of high-profile automated vehicle incidents, American attitudes toward fully self-driving cars have not rebounded.

“Back in December of 2017, 63 percent of those surveyed said that they were apprehensive or had some fears about self-driving vehicles,” said Shawn Steward with AAA Kansas. “When we surveyed them again this January, that number was up to nearly three in four.”

AAA believes the key to helping consumers feel more comfortable with fully self-driving vehicles will be bridging the gap between the perception of automated vehicle technology and the reality of how it actually works in today’s cars.

It’s important to note that current ADAS technology is a lot closer to cruise control than K.I.T.T.

Drivers who have one of these four ADAS technologies are about 68 percent more likely to trust these features than drivers who don’t have them.