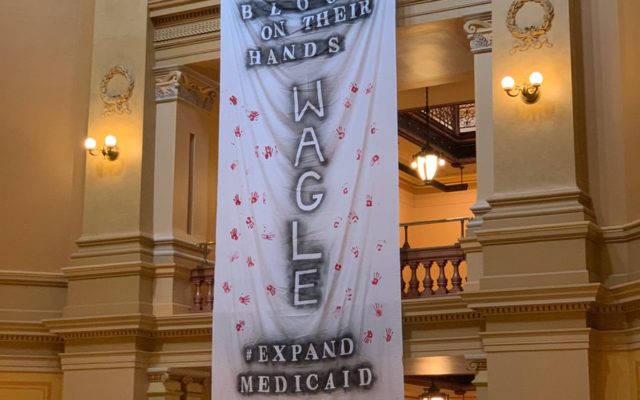 Supporters of expanding Medicaid in Kansas have briefly hung huge banners inside the Statehouse criticizing Republican legislative leaders who oppose the idea.

The four banners hung Wednesday from the fifth floor railings of the rotunda said GOP leaders have “blood on their hands” for blocking Medicaid health coverage for up to 150,000 more Kansas residents.

Protester Thea Perry said such coverage would be life-saving for some individuals. House Majority Leader and Wichita Republican Dan Hawkins dismissed the banners as “ridiculous.”

The House approved a modified version of Democratic Gov. Laura Kelly’s expansion plan last week over GOP leaders’ objections. The Senate has yet to consider it.