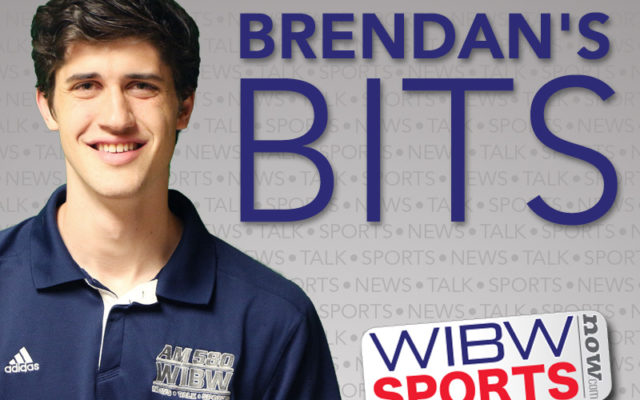 Well, that may be going a bridge to far. Still, the Naismith Memorial Hall of Famer has been tied to various NBA jobs over the years, notably the San Antonio Spurs and recently the Chicago Bulls. Self debunked the latter rumor and has shut down the Spurs one continuously.

But we’re at a point in time in which Kansas basketball is not all sunshine and rainbows. The roster is likely going to experience a ton of turnover and the NCAA’s unpredictable hammer of (in)justice is constantly lingering. The rumors are out there about Self bolting, and you don’t have to look particularly hard to find them. If he was ever going to do it, now seems like the time.

Based on what he’s said publicly multiple times now, though, we probably shouldn’t expect it.

A few weeks ago, Self told Sam Mellinger of the Kansas City Star that not only is the Bulls rumor “far-fetched,” but he doesn’t plan on being anywhere other than KU going forward.

“I don’t think you can ever say that, because if they decide to go a different direction I guess I won’t be,” Self said. “So I can’t say 100 percent. But here’s what I can say. I’m certainly not at all motivated to be anywhere else than right here, especially during these times.”

As for worrying about the NCAA situation, the federal probe into college basketball and the other aspects of the dark cloud looming over the program?

“I wouldn’t run from that at all,” he said. “Not at all. And I look forward to visiting (with the NCAA) and certainly the conclusion (of the investigation), and seeing it through. You can quote that.”

The reaction was resoundingly positive among KU fans. It’s hard to imagine a coach leaving a program in the immediate future after making statements like that. It’s strong, it’s confident and it’s effectively binding. After saying all this, it would look bad for Self and Kansas if he suddenly left for another job.

Of course, there were some nerves involved for certain fans, too. A lot of people still remember when Roy Williams could give a you-know-what about North Carolina. Coaches make promises and leave all the time, sometimes abruptly. There’s a precedent for it and Kansas can’t assume it’s an exception to that trend. So while the Melligner column undoubtedly helped ease the minds of the Jayhawk faithful, it’s nearly impossible to avoid a little concern given the state of everything right now.

And then Self doubled down.

Self told C.J. Moore of The Athletic this week that he’s not planning on going anywhere and that he intends to keep his whole staff together.

“I’m not running from this,” Self said. “I’ve been beat up by some people just saying some things that are not accurate, putting their spin on facts. I’m not talking to anybody about a job. Any job. And my motivation is only at Kansas. And certainly, like I’ve said before, I will not run from this at all.”

Again, these are strong statements that Self is making. They’re not off-the-cuff, heat-of-the-moment comments that he’s making like Williams. These are bold quotes in major publications to respected writers. The things printed on those pages (print or web) hold a lot of weight, just like Self’s word in general does. It’s hard to imagine that he would declare his loyalty to the program twice in the course of about two weeks with affirmative proclamations and then turn around and leave right away. That just wouldn’t make sense.

College athletics rarely do, for what it’s worth. But at this point you have to take him at his word.

It would be destructive to Self’s image and that of the program if this all turned out to be a ruse. He’s one of the most beloved coaches at any program in the country, he essentially runs the city of Lawrence and the fan base would do almost anything for him. Save for a handful of wannabe hot take artists out there, he’s adored by almost all Jayhawks. That’s all gone if he abandons things now, especially because that probably means the NCAA is getting ready to drop the hammer on KU.

The NCAA may do that anyway. Even if it does, it would speak volumes if Self stayed through whatever mess comes next, and that would keep his reputation in a good place among the fans.

Things would be much different should he run at this point. There would be a lot of resentment and a lot of bitterness at the man who was once revered like a deity for putting the Jayhawks in a bad situation only to bail when the going got tough. And that’s completely understandable, fan bases all over the country have been left with that feeling.

For the time being, it doesn’t seem like that specific scenario will play out.

More so than in most years, this offseason could be a turning point for Kansas basketball. There is a ton at play when it comes to recruiting, eligibility appeals, players leaving for the NBA or transferring and the omnipresent fear of the NCAA doing something outlandish, deserved or not, is as real as ever. With all of that on the program’s plate, it sounds more and more like it will still have its longtime leader guiding the way. Bill Self has staked his reputation and his legacy on a handful of assertive comments about his future. He’s earned the benefit of the doubt to be taken at his word, and even in an era of uncertainty that should keep KU fans excited about what’s to come.