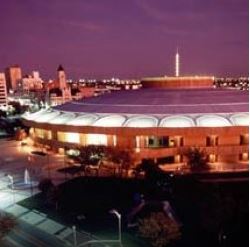 An advisory committee is recommending that Wichita build a new performance arts center rather than renovate its current center.

The 12-member citizens committee made its recommendation to the city council Tuesday, and suggested the city hold a tax referendum to fund it.

Mayor Jeff Longwell says he is still interested in remodeling the 50-year-old Century II center. And he said he would prefer any new performance arts center be privately funded.

The Wichita Eagle reports Longwell says the committee’s research found that Century II is important to many Wichita residents.

The committee report said it would cost up to $252 million to renovate Century II, which it said has many structural and other problems. The committee said a new arts center and parking would cost more than $175 million.