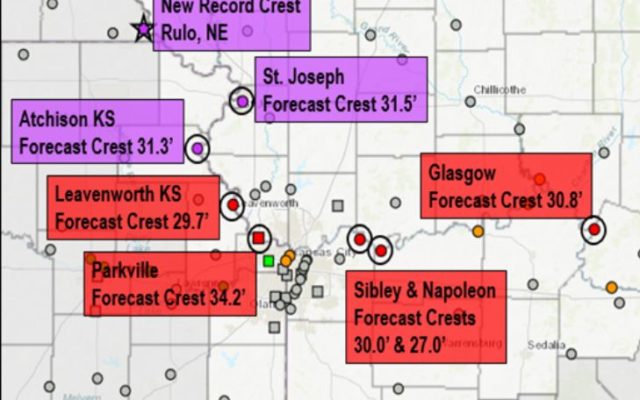 The evacuation began as the Missouri River, at Elwood, reached 30 feet. At that level, the City of Elwood’s mandatory evacuation plan is implemented.

Shortly before 7:30 Thursday evening, as the sirens sounded, a post on the official Doniphan County Emergency Management page listed the river stage, at Elwood, as 30.13 feet.

Elwood City Attorney Joel Euler told those in attendance at Thursday evening’s flood-focused community meeting that residents had 8 hours to evacuate once the sirens sound. After 8 hours, residential power and gas are shut off.

In order to re-enter after evacuating, residents will be required to show a City of Elwood sewer/water utility bill and identification.

Red Cross shelters are in place, one at the Leonard L. Clary Community Building in Troy, and another at 6001 South 9th Street in Saint Joseph, Missouri.