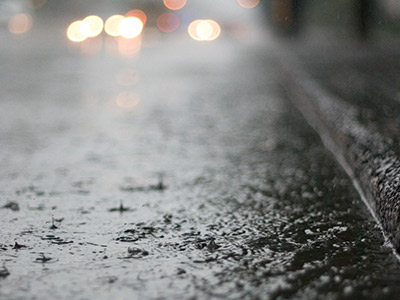 The increased traffic on Brown County highways due to flooding in Missouri and Nebraska could last 3 to 6 more weeks. That word came Wednesday from Brown County Sheriff John Merchant.

Due to the recent flooding, many roadways in Missouri and Nebraska have been deemed impassable. Railways have also been compromised due to flooding across several states.

Merchant said the biggest increase in traffic has been reported on U.S. 36 and 75 Highways, but U.S. 73 is seeing an increase in truck traffic as well. “We’re asking everybody to drive a little more cautious, be more alert, because there are an excessive number of big trucks on the road. We have folks that get stuck behind semis, and they want to get someplace in a hurry, and they pass on hills.”

Merchant said the sheriff’s department along with other law enforcement agencies have been busy patrolling the highways to keep traffic related issues and complaints down as much as possible. “We are providing extra patrols, so we are going to try to keep the bad driving habits, and anything that affects the safety of the public, down to a minimum.”

Merchant said he has requested message boards at different locations for information and to remind people to slow down. “It is going to take a little extra time to get places, but just bear with us, don’t take any chances, because you’re not only endangering your own lives but the lives of other folks.”

Merchant said it was last Friday, while he was patrolling on U.S. 75 near the Nebraska line, that he stopped to turn around to head back south and encountered a line of 72 vehicles in the southbound lane. He said he had to wait until they passed before he could turn around.

Merchant asks motorists to exercise patience as traffic increases continue, and if they witness reckless driving to report it at once.