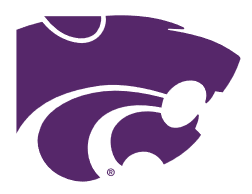 The Kansas State Wildcats are done until next weekend and the NCAA tournament after they fell to the Iowa State Cyclones in the Big 12 Tournament semifinals on Friday night 63-59.

With the loss both teams that won a share of the Big 12 regular-season championship, K-State and Texas Tech, are out of the running for the league tournament title.

Entering Friday night’s game, the fear when it came to facing Iowa State was the Cyclones’ three-point shooting ability. ISU shot 13-of-25 from deep in its quarterfinal win over Baylor, and the last time it faced off with K-State it shot 14-of-24 from beyond the arc.

What transpired instead was interior domination in the first half that K-State wasn’t ready for.

The Cyclones shot just 2-of-9 from three-point range in the first half, instead relying on inside scoring. In particular, the big men for K-State had a difficult time early on handling ISU’s Michael Jacobson.

K-State went into the break trailing by 10, but fought back into the game thanks to 13-3 run to open the second half. Sophomore guard Cartier Diarra helped spark the run with a couple of key shots. He made his second appearance since returning from injury on Friday.

From that point forward it was a punch-for-punch fight until the final horn, with Iowa State having just enough to outlast K-State. The biggest blow came from ISU’s Marial Shayok, who buried an off-balance three pointer as the shot clock ran out to put the Cyclones on top for good.

“The ball felt good when it left my hands,” Shayok said. “I had all the confidence in the world despite missing [several] shots in the second half.”

All five K-State starters scored in double figures in the losing effort, led by 15 points from Diarra.

Three-point shooting, while clutch late for the Cyclones, was a bugaboo for the Wildcats. As a team K-State shot just 29.6 percent (8-of-27) from three, and outside of Diarra the team was just 4-of-20.

The ability to score, or lack thereof, was the deciding factor down the stretch, because K-State’s defense was, generally speaking, able to play its regular game. The Wildcats forced 17 Cyclones turnovers in the losing effort and scored 18 points off of them, while only giving it away seven times while they were on offense.

Shayok led Iowa State in scoring with 21 points on 5-of-12 shooting. Jacobson scored all of his eight points in the first half, but finished the game with 16 rebounds. Overall, ISU led K-State in rebounding 43-29.

Effectively guaranteed a spot in the big dance, the Wildcats will await their seeding fate for the NCAA tournament until this Sunday. ESPN and CBS bracketology currently project the Wildcats as a four seed.