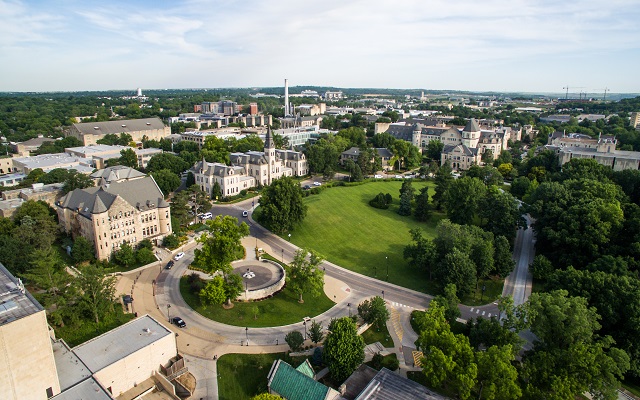 Over 9,000 cattle producers were in New Orleans recently for the 2019 Cattle Industry Convention.  In addition to listening to industry experts and learning about the latest technology, a Kansas State University agricultural livestock economist was able to pick up some hallway chatter about concerns producers have for 2019.

Glynn Tonsor was encouraged to see that there is a growing recognition that both domestic and foreign demand for beef was important in 2018 and that it will continue to be important in 2019.

“I’m not just saying that cuz I’ve been saying that, literally that came up more and more in the hallway.  I’m reinforcing that because that’s important and as an economist that’s going to remain vital here in 2019 because we have a lot of meat in the system so demand strength is going to be even more important here in 2019.  That doesn’t mean those in the hallway can guarantee it’s gonna continue to be strong, but recognizing it is step number one.”

The hallway chatter also found producers are optimistic about the overall beef demand for 2019.  However, Tonsor is a bit more reserved.

“I just see plenty of warning signs out there and I’m glad to see that the producers, in general, are recognizing the importance of both domestic and foreign demand.  I hope that that ongoing education effort continues to be successful.”

Tonsor says a slowdown in the economy would have a negative impact on beef demand because it’s a high-value, expensive item.  He also thinks the ongoing uncertainty about the potential impact of trade tariffs, which he admits to being wrong about in the past, is still a concern.

“Despite that chatter being a little bit bearish, in the news at least, we’ve continued to export a lot more than anticipated.  I hope that continues, but it’s partly my job to at least highlight the warning signs there.”