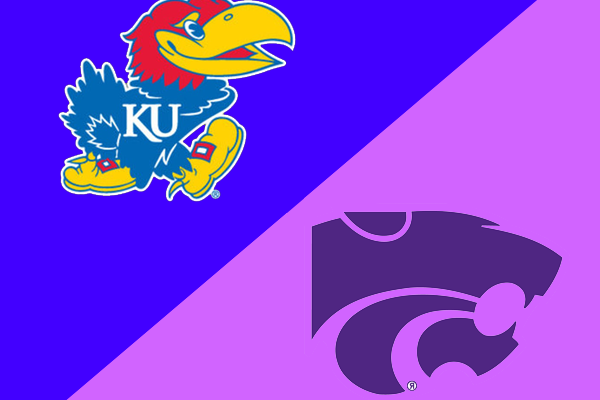 It took until the end of Day 3, but three players between Kansas and Kansas State were selected in the 2022 NFL draft.

It started with KU’s Kyron Johnson, who was drafted by the Philadelphia Eagles with the 181st overall pick. One round later a pair of K-State Wildcats came off the board, with Skylar Thompson going to the Miami Dolphins and Russ Yeast getting drafted by the Super Bowl champion Los Angeles Rams.

In addition to those three selections, a handful of other local players wound up signing undrafted free agent deals around the NFL.

Below, you will find information about where the Jayhawks and Wildcats wound up following the 2022 NFL draft.

The Eagles traded up to pick Johnson, jumping seven spots to take KU’s on-field and vocal leader. After moving around to several positions and playing for multiple coaching regimes while in Lawrence, Johnson thrived in 2022 with a team-high 6.5 sacks off the edge. While undersized for an edge rusher, he wowed scouts at KU’s pro day by running a 4.4 40-yard dash. Eagles Vice President of Player Personnel Andy Weidl said about Johnson: “A lot of positives with him and at the Senior Bowl, he took on some of the top tackles and put them on their back with his pass-rush ability, so you see that. It was just a great opportunity to get a guy who can add to the rush game.”

He’s the first Jayhawk to be drafted since 2020, when offensive lineman Hakeem Adeniji went to the Cincinnati Bengals.

Thompson is one of the most statistically successful quarterbacks in Kansas State history, and he made program history again by becoming the first Wildcats quarterback to be drafted since Josh Freeman in 2009 and the eighth in the common draft era. He’s the only quarterback in K-State history to amass both 6,000 passing yards and 1,000 rushing yards, a major lreason why he’s the school’s all-time winningest quarterback. Despite being an older draft prospect and with his injury history, Thompson still got drafted over several other quarterbacks who were expected to go, including Nevada’s Carson Strong.

He’ll battle with multiple veterans on the Dolphins roster for a backup spot behind starter Tua Tagovailoa, including Teddy Bridgewater and Chris Streveler.

Dream come true…can’t wait to get to work. FINS UP 🐬 https://t.co/aAO1a8ErOF

Unlike Thompson, who spent six years at K-State, Yeast was in Manhattan for just one season, using a Covid year free transfer to join the Wildcats after spending four years at Louisville. He made an instant impact for K-State, though, starting all 13 games in 2021 while recording 48 tackles and four interceptions, the latter of which was the second-best mark in the Big 12. Yeast referenced his positional versatility after the Rams picked him, saying that it helps his game having played both safety and cornerback in college.

K-State defensive backs have found plenty of success in the NFL draft lately, with four of the Wildcats’ last 10 selections (dating back to 2015) coming from the secondary.

Let's get after it!