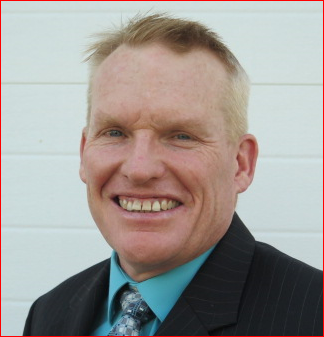 “Just shoot up here amongst us, one of us has to have some relief.”

Seemingly an odd title for a Farm Profit Seminar presentation, yet several in the crowd recognized the quote.

Darrell Holaday of Country Futures at Frankfort memorized the line from frequent listening as a farm boy.

Semblance of today’s agriculture producers seeking reprieve from all of the industry’s pressures any way it can be found.

In his energetic yet straightforward honest always entertaining manner, Holaday analyzed those dilemmas at the meeting in Baldwin City.

The United States has major exports to China yet there is a huge trade deficit with the communist country.

“China has not lived up to their commitments of ‘trade’ since joining the World Trade Organization in 2001,” Holaday emphasized. “China was supposed to reduce tariffs, but that’s not been the case.”

Beef consumption in China is expected to increase with imports from South America. “The United States will eventually get some Chinese beef business,” Holaday predicted.

The number of births in China last year hit its lowest level since 1961. With 1.395 billion people, food consumption still will be lower, although the “one child” policy is being relaxed. Population trends will again move upward.

Concerning soybean prices, the speaker said, “The $10 soybeans long term were not realistic. Too much profit is creating too much world production. It would have been worse if Argentina had not suffered a drought last year.”

With farmers highly concerned about trade talks, Holaday said, “If there is settlement of the trade issue, U.S. soybean values would increase and Brazilian values would tank.

“The longer it goes before settlement, the net result for improving U.S. values decreases,” he added. “If China does not increase their ‘total’ soybean purchases, then world prices will decrease.”

Looking to soybean plantings this year, Holaday said, “I do not expect a big decrease in U.S. soybean acreage. However, a significant number of winter wheat acres could end up in soybeans.”

With the president indicating there will be no Market Facilitation Payment (MFP), Holaday see no significant increase in exports. “The world soybean market has too much inventory,” he evaluated. “I still anticipate a very good chance of new lows before the end of the crop year.

“Use any price rallies as selling opportunities for soybeans,” Holaday urged farmers.

Turning to the corn picture, Holaday said, “It has a short story to tell, related to exports. While corn is off to a great start due to Argentina production decreases last year, that business is front loaded.

“There is strong domestic demand due to record hog, cattle and poultry numbers, but ethanol margins have collapsed,” Holoday evaluated.

Near term upside in corn, the economist said, is $3.95, with a narrow trading range not below $3.70. “On-farm corn in Kansas should continue to be valued in terms of basis improvement,” he said. “A battle for acreage should favor a corn rally this spring.”

“Beef producers have such a great product that demand has remained strong,” he said. “With a 2-3 percent production increase, prices are still above a year ago.”

Some of that is due to reduced pork demand, especially for loins, which have decreased in quality.

“While beef demand is quite a story, supply can still overwhelm demand,” Holaday recognized. “Strength of the U.S. economy is critical to beef prices. The current rally offers some pricing opportunities.”

Noting that winter weather has reduced beef consumption, it has also trimmed cattle numbers and weights.

“Consumption will get better, but supplies will surge in the summer and through the fall,” he predicted.

“Use the ‘weather market’ strength to get price protection for summer and fall,” Holaday advised.