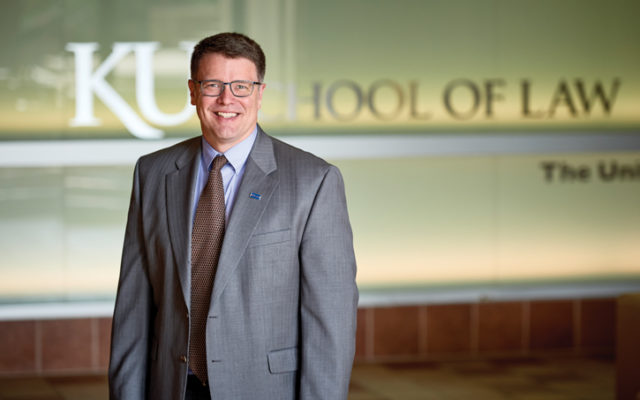 President Donald Trump’s choice to declare a national emergency to build a border wall falls within the letter of the statute, but possibly not its spirit, according to University of Kansas law professor Lumen ‘Lou’ Mulligan.

“There could be any number of things that might be a national emergency,” said Mulligan. “There was no reason to create some sort of list, but rather that the President will have discretion to declare a national emergency. Quite clearly, the intent of that legislation was that it would be natural disasters, acts of war, that type of thing, pandemics.”

Given that the rationale for this is because of differing budget priorities between the President and Congress, it is a separation of powers issue.

“I would hope that voters would see that this is well beyond whether we should build a wall or not,” said Mulligan. “This is, do we want to have imperial Presidents? Would we have wanted President Obama to say, you know, I’m not really happy with the way the Obamacare negotiations are going. I wanted a different format. I’ll just declare an emergency.”

If Congress allows the President to do this without attempting to stop it, they’re giving up their only real leverage, the power of the purse.

“If they let this go, they’re essentially declaring, I want to be irrelevant,” said Mulligan. “I really just want to talk on TV. I
don’t want to have any actual authority. Presidents will just keep declaring emergencies on this, that and the other and I’ll just hang out and talk on Fox News and CNN.”

Mulligan expects there to be both statutory and Constitutional challenges to the declaration, even if Congress doesn’t attempt to pass an end to it themselves. They only need a simple majority to do that, but then the President must sign that action and it’s assumed President Trump wouldn’t, so then to override that veto, you would need two-thirds majorities.