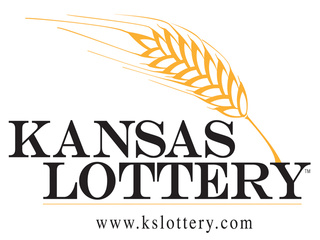 As was made official by the Kansas Lottery and Gov. Laura Kelly on Thursday, the four state owned casinos in Kansas can begin accepting wagers on sporting events on Sept. 1, which is being referred to as the state’s “soft launch” date. The full launch of sports gambling operations will follow a week later on Sept. 8. That’s just in time for the start of the NFL season, which kicks off on Sept. 8 with the first Kansas City Chiefs game on Sept. 11. The soft launch also takes place before the state’s Division I football programs kick off their seasons. The Kansas Jayhawks open on Sept. 2, followed by the Kansas State Wildcats on Sept. 3

Each state-owned casino is allowed to partner with three “skins,” or sports gambling platforms, although people in Kansas can use any of the platforms online anywhere in the state. According to Alex Gold of KCSP, six skins will be available to use in Kansas at launch. That includes FanDuel, DraftKings, BetMGM, Barstool Sportsbook and Caesars, with the sixth not confirmed yet.

Earlier this month, it was reported that Barstool Sportsbook is aiming to open a temporary retail location at Hollywood Casino at Kansas Speedway, with the goal of opening that location prior to the NFL season.

According to a press release, tribal casinos in Kansas are also working with the state on authorization to take wagers on sporting events.

“Legalizing sports betting is a common-sense solution that keeps Kansans’ money in Kansas and drives business to sporting events, casinos, restaurants, and other entertainment venues,” Kelly said in the release. “I want to thank all our partners for working with us to get this done in time for football season.”

Each sports wager in the state will be taxed 10%, with 80% of that revenue going into a fund aimed at incentivizing professional sports teams, including the Chiefs, to move across state lines.

For the latest on sports gambling in Kansas, tune in every weekday to 580 Sports Talk and Mic’d Up on 580 WIBW.