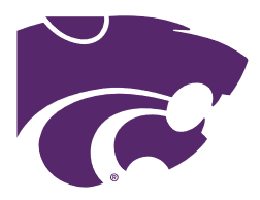 Chris Klieman thought Kansas State had a nice set of offensive plays ready for the opening series of the season.

The Wildcats only got to call one of them Saturday night.

That’s because Malik Knowles took the opening handoff 75 yards for a score, setting the tone for the rest of the game, and Deuce Vaughn proceeded to run for 126 yards and another touchdown in a 34-0 rout of overmatched South Dakota.

“We won the toss, took the football and scored on the first play,” Klieman said with a smile. “We had a really nice series of plays that we were going to operate and we ended up scoring on the first play.”

Not that the Wildcats ever slowed down.

Nebraska transfer Adrian Martinez, who was just 11 of 15 for 53 yards through the air, added 39 yards rushing and a touchdown for Kansas State. Desmond Purnell returned an early blocked punt for a touchdown, and backup running back DJ Giddens reached the end zone midway through the third quarter to extend the lead to 34-0.