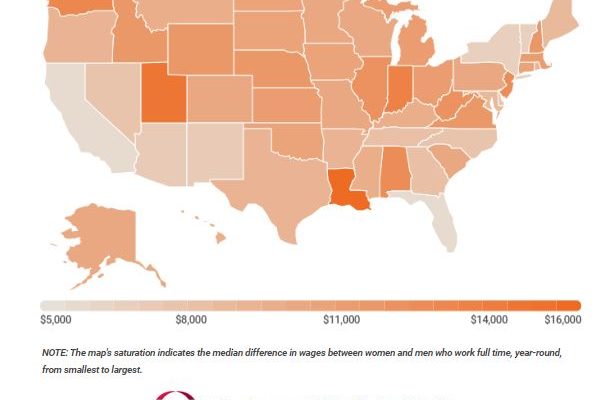 Women in Kansas are still being paid less than their male counterparts for the same work, according to numbers from the Partnership for Women and Families.

“Kansas has the 10th largest wage gap, just 77 cents to the dollar, compared to that national average of 80 cents,” said Jessica Mason, PhD, senior policy analyst and engagement manager at the National Partnership for Women and Families. “For a typical Kansas woman, and we’re just talking about full time year round workers here, that’s a gap of more than $11,000 a year, which could pay for more than nine months of employer health insurance premiums or nearly 16 months of child care.”

When you compare women of color to White, non-Hispanic men, the gap widens further.

No state has achieved equal pay yet, but some places are a lot closer.

“The smallest wage gaps we see in California, New York and the District of Columbia,” said Mason. “While we can’t attribute that shrinking of the gap to any one fact, some of the things that those states are doing a little bit more on is, strengthening those pay discrimination laws and also expanding access to things like affordable child care.”

Paid family medical leave has also gone into effect in New York and California, which impacts the numbers.