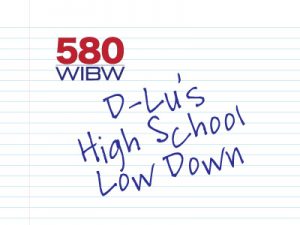 Just as we did with the boys teams last week, it’s time to take a look around the seven city girls basketball programs as they approach their tournament week. But first, some notes from the action in boys basketball last week…

-Washburn Rural continues to show their mettle and Jordan White continues to show he’s the man for the big moments. His 25 points helped the Junior Blues rally back from 19 points down to defeat Piper in the championship of the Bobcat Invitational at Basehor-Linwood and move the Centennial League leaders to a perfect 11-0. The mental toughness and resilience of this Rural team is so impressive… Topeka High made a good run at it in the Topeka Invitational Tournament, with quality wins over Washington and Wichita East, before falling to Lawrence in the final. In playing against the Lions, however, the Trojans will learn valuable lessons about the things they’ll need to adjust to be championship-caliber as the postseason approaches… Hayden couldn’t get shots to fall in their opening round loss to Wichita East in the Topeka Invitational, but found their stroke in time to hold off Washington and Topeka West for fifth place… Highland Park may have gone 0-3 in the Topeka Invitational, but they lead powerful Wichita Southeast after a quarter, were tied with Topeka West in the final minute, and lost on a buzzer-beater in OT to Washington in the seventh-place game. That breakthrough is coming for the Scots, and freshman guard Juan’Tario Roberts was one of the standouts of the tournament.

Now, on to the ladies…

–HAYDEN: The 2-8 record is more of a reflection of the quality of opponent the Lady Wildcats have played than of a lack of quality on their end, but a 51-44 home loss to Emporia on Thursday night showed this team’s biggest issue. Hayden has a reliable go-to scorer in senior Brooklyn Hunter and some good three-point shooters, including Hayley Karolevitz, but when the threes aren’t falling the offense hasn’t been consistent enough. And too often this season, the shooting has betrayed them. Hayden built a first-half lead on the Lady Spartans by making six threes in the first 16 minutes, but when Emporia tightened up on the perimeter, even Hunter’s 21 point effort wasn’t enough to hold off the comeback. The Lady Wildcats will be tested out of the gate at the Wellsville Top Gun Invitational as they play 3A #1 Nemaha Central in round one.

–HIGHLAND PARK: The Lady Scots actually had their tournament this past weekend as they made the trek out west to Colby and came back with a pair of wins and a third-place finish. Highland Park nipped Pine Creek (CO) in the first round, then fell to the tournament hosts before topping Scott City in the third-place game. With Jae’Mya Lyons and Dariauna Carter still out due to injury, the Lady Scots have been able to count on Aryiana Grassity and Tilah Taylor for their offense. Grassity is an excellent shooter but has gotten better at driving and finishing at the rim, and Taylor’s soft inside touch has been crucial. That the Lady Scots are 9-5 despite injuries to their two best players is absolutely a credit to them, but how healthy they get will determine how dangerous they are as February approaches.

–SEAMAN: After reeling off a six-game losing streak, the Lady Vikes found life difficult last week against the city’s two best teams. They were routed at home by Washburn Rural and lost big at Topeka High to drop to 6-4 overall. But there are still plenty of reasons for confidence going into the Glacier’s Edge Invitational in Emporia this week. Prime among them is the continued excellence of sophomore Camryn Turner. Foul trouble limited the impact she could have against the Lady Junior Blues and Lady Trojans, but when Turner is on the floor the Lady Vikes have a ball-handler, scorer, rebounder and defensive wizard they can count on. The Lady Vikes have also benefited greatly from senior Taylor Russell‘s post presence, where she plays bigger than her listed height of 5-foot-9 and gives the team and extra dose of tenacity.

–SHAWNEE HEIGHTS: The Lady T-Birds had last week off and took a winning feeling into the week of practices after a rout of Turner in United Kansas Conference play. At 3-6, there’s a ways to go for Heights to get where they want to go, but part of that process is finding a player to step forward and be a consistent double-figure threat. Alie Fulks has done just that of late, becoming the team’s top offensive option. Adysen Burghart also shows promise in that department. They have a tough draw against Wichita Heights in the first round of their own T-Bird Classic this week.

–TOPEKA HIGH: The wins keep coming for the now 9-1 Lady Trojans after they smoked Seaman at the Dungeon on Friday night, and this young team just keeps getting more and more confident. Their star freshman NiJaree Canady continues to lead the way in the scoring and rebounding departments, but senior Jaryn Benning is also having an outstanding season and the team is also getting some terrific guard play from the likes of Talayah Thomas, Laryn Murray and Lily Smith. The return from injury of Zoe Caryl gives the Lady Trojans another quality reserve. This is the deepest team in the city and they’re only getting better. The possibility of a match-up against 6A #1 Derby in the finals at the Glacier’s Edge Invitational is tantalizing.

–TOPEKA WEST: Having to play Washburn Rural and Manhattan in a week’s time could have been demoralizing for the struggling Lady Chargers, but the clear sign that this team is still battling came in the game that was played between those two matchups. Even though the Lady Chargers dropped a tough game to Olathe West, they still registered their best offensive output of the season. Their big frontcourt and the presence of Miyah Larson at the front of their defense has made them hard to play against. They have more tough tests awaiting at the Firebird Classic in Lawrence this week, starting with their first round opponent, Blue Valley Southwest.

–WASHBURN RURAL: With metronomic consistency, the Lady Junior Blues keep winning and winning. They are now 11-0 after rolling Seaman and shellacking Junction City last week and they head to the T-Bird Classic with momentum. Their excellence starts with their defensive commitment and their ruthlessness in transition. Everyone knows Carly Bachelor is great night in and night out, but everyone on this team does a job and does it well, from Riley Bagshaw‘s tireless work on the glass to Emma Krueger‘s scoring punch. The Lady Junior Blues could potentially see Wichita South and Wichita Heights at the T-Bird Classic, and those two games would be welcomed tests for a squad that can realistically dream about a state title.