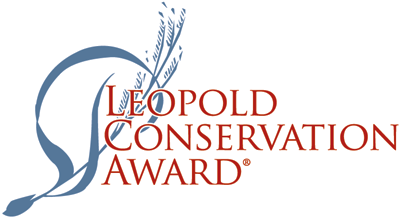 A beef cattle producer and row crop farmer from Almena is this year’s winner of the Kansas Leopold Conservation Award.  Organizers announced Monday that Michael Thompson was the winner of this year’s $10,000 award recognizing conservation efforts among farmers, ranchers and landowners.  Thompson and his family operate their farm in Norton County, where Thompson has been a vocal advocate for soil stewardship among other farmers and ranchers.

Kansas Secretary of Agriculture Mike Beam commended Thompson, saying quote: “Michael’s passion for conservation and improving soil health serves as an inspiration to farmers and ranchers across Kansas.”  Thompson was among four finalists for this year’s award, with the other finalists from Brookville, Emporia and Wichita.

The Aldo Leopold Conservation Award is presented this year by the Sand County Foundation and American Farmland Trust, along with the Kansas Association of Conservation Districts, Ranchland Trust of Kansas, and several additional state sponsors.