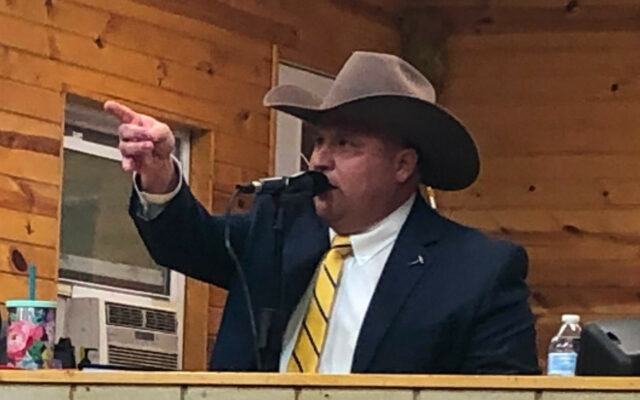 Two auctioneers from Kansas have punched their tickets to the next stage of the World Livestock Auctioneer Championship.

Andrew Sylvester will make a return trip to the semifinals, earning one of ten spots at the third and final qualifying event hosted Wednesday by Windsor Livestock Auction in western Missouri.  However, Sylvester finished as reserve champion, one year after winning his regional contest.  Top honors this year went to Sixto Paiz of New Mexico, who works salebarns in Texas and Oklahoma.

Sylvester wasn’t the only Kansan who advanced to the semifinals.  Neil Bouray of Webber earned a spot in the top ten, as did auctioneers from California, Georgia, Missouri, Ohio, Tennessee, and two from Canada.  The semifinals and finals take place this June in Arcadia, Florida, as part of the Livestock Marketing Association’s annual meeting.

While not advancing to the semifinals, Cody Davis of Garnett earned the top rookie award for earning the most points among first-time competitors.  A record 45 auctioneers competed over six hours, each selling eight drafts of cattle.